Why nano influencers are key for your event marketing in 2019 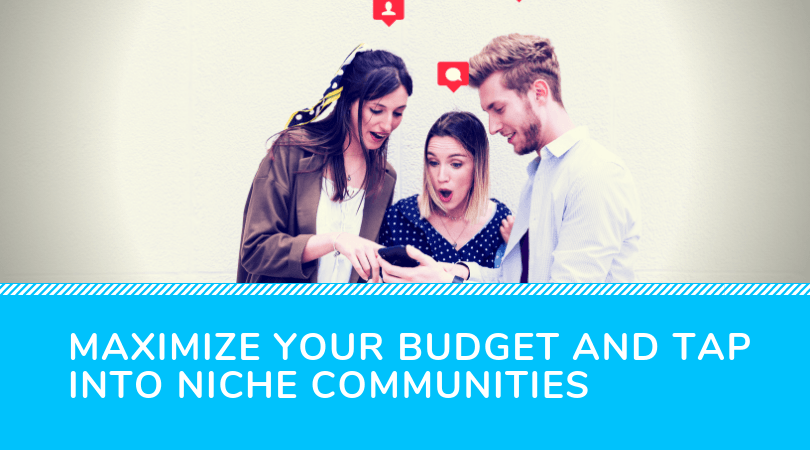 If 2018 was the year that micro influencer marketing really took off, 2019 has had a refinement of this strategy in store. We’re referring specifically to nano influencers, also known as your organic influencers; those event participants that have serious clout with small communities of hyper-focused followers. Nano influencers are especially well-suited for event marketers looking to maximize their budgets and reliably tap into niche communities. Let’s break down why nano influencers are trending in 2019 and how they are essential to your event marketing success.

It’s generally accepted that nano influencers are social media users with less than 10,000 followers, with the sweet spot being between 1,000 and 5,000 followers. A nano influencer must have a niched-down following. Ideally, they are super-fans of a certain product or industry and they focus their attention heavily on this. Nano influencers represent the everyday consumer, and marketers love that they can capitalize on their reach to spread word-of-mouth.

Micro Influencer vs Macro and Nano

Micro influencers are still celebrities in their own right because they can have upwards of 10,000 followers, making their engagement a hot commodity now that influencer marketing is becoming more widespread. You may overpay for their endorsement.

Macro influencers are users whose follower counts are stratospherically high. These people won’t provide you with an audience that is receptive to your message – their followers are simply too scattershot, and the influencer’s support will appear inauthentic as they are not a stakeholder in your event.

Nano influencers can give you access to an incredibly focused group of people in your industry that will be interested in your event. They won’t cost you nearly as much as more popular influencers, and they will be easier to work with. Nano influencers don’t necessarily expect to be called upon to promote an event in an industry that they love, so they will be more cooperative and reliable. To be even more cost-efficient, consider offering them free registration to your event or other perks as part of your influencer marketing deal instead of cash.

Nano influencers are not only limited to the thought-leaders of your industry. They can also consist of c-suite professionals, those that are new to the industry, suppliers, speakers, sponsors, and other people. This is where snöball really shines for event marketers. It provides your event participants, many of which are the ideal nano influencers, with all the tools they need to promote their presence at your event. Because they have a stake in your event and want to solidify their social media authority, you can bet that they will promote it with gusto.

With all the talk of bots, plummeting organic reach, and a lack of trust on social media, the reputation of influencer marketing has suffered. Many users, especially young people, are wary of phony attempts to get their attention. Paid influencers are a sore spot for Gen Z, which is why nano influencer and micro influencer strategies have not endured the bad press that macro influencer campaigns have. The main thing we advocate for is honesty. Influencer marketing for events, when done transparently and effectively, can bring people closer to unique educational and networking opportunities. It’s a promotion by participants for participants that avoids the pitfalls of typical influencer marketing.

How To Use Nano Influencers For Event Marketing

The more you can get nano influencers involved in your event promotion, the better. They know the ins and outs of your industry and can provide their followers with real value. They know the jargon, they’re familiar with the science behind your event’s topic streams, and they have the right people in their circles to spread the word to. Nano influencers should be called upon to make short videos that spread enthusiasm about the event. Speakers can give a teaser to their session, loyal attendees can introduce the conference, newcomers can outline what appealed to them the most, sponsors can use the platform to explain why their values align with those of your event, etc.

Gamification is another avenue you can explore to encourage widespread engagement among influencers. Upgraded registration perks could be given to those influencers whose content gets shared the most, for example. snöball makes this process painless because it was designed with nano influencers and micro influencer marketing in mind. It automatically creates customized assets and implements a unique promo code for each of your event influencers so that you can track which ones are delivering the highest return on investment.

Nano influencers are a smart bet. They’re industrious, having built a following in their community all by themselves based on trust, knowledge, and authenticity. Identify the ones that can help you reach a niche segment of the population and create a mutually beneficial partnership with them. snöball makes this easy to do for your event and allows you to integrate a fully scalable nano influencer campaign. Book a no-obligation demo to see how it works!

Get personal with your marketing