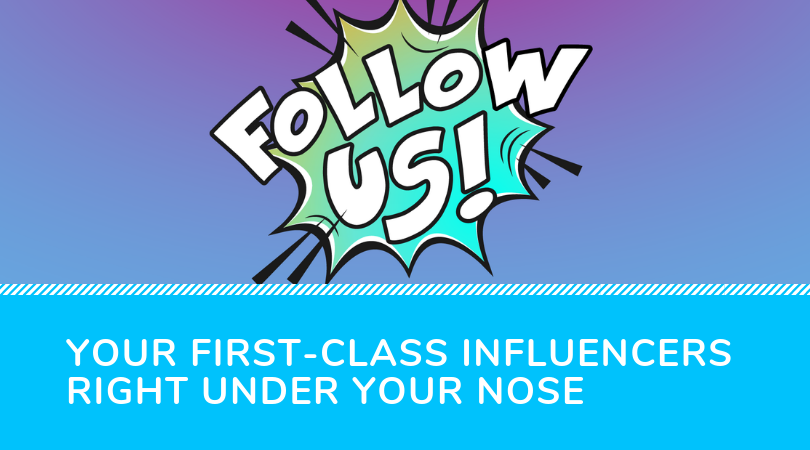 Many professional associations and societies struggle with staying relevant and connecting with their members in fresh ways. Association professionals wear so many hats and often either, don’t have the time, know-how, or resources to execute multi-channel association marketing campaigns. But cultivating your community doesn’t need to be so difficult when you consider you have first-class influencers right under your nose. See how these 6 associations empowered the members of their community to engage with the general public and even make the world a better place.

Many organizations encourage their members to share pictures and posts which include specific campaign hashtags, but actual adoption rates are a mixed bag. That’s because generating content takes some effort, and unless there is a FOMO aspect or concrete benefit from joining in on that conversation, most people will pass.

One campaign run by Imperfect Produce demonstrates a neat way to encourage more members to get social and engage with your brand. The company sends members boxes of produce deemed cosmetically imperfect by grocery stores. Members are encouraged to take a pic of their food delivery and tag it with the hashtag #CookingUgly. The best part? For every picture posted, five pounds of food will be donated to people in need. The potential to make a real impact resonates with people, and the company enjoys extended reach and trust thanks to positive word-of-mouth.

Takeaway: Get your community on-board with your mission by doing social good through social media!

Membership strategists at the American Chemical Society were faced with a challenge: they needed to generate buzz and awareness at the action-packed SXSW Conference in 2017. Their campaign was a success – take note! Through video storytelling, shareable personality quizzes, and free conference swag, the ACS was able to reach non-traditional audiences and get them talking on social media. The video component consisted of a series of short documentaries that told powerful stories about game-changing chemists in a variety of industries. These helped convey the importance of ACS’ mission to folks working in the respective sectors. The personality quiz was a fun way to reach the general public. It determined which chemical a person most resembled based on their traits. This content could be reused many times by the ACS, adding to its value. Finally, quiz takers were rewarded with unique t-shirts given away at the SXSW booth, which people wore and immediately increased visibility for the ACS.

Takeaway: Packaging your mission in a fun, shareable, customized way gets people excited about your mission, and turns the general public into micro-influencers.

Christmas tree farmers are on the losing end of a growing trend: most families opt for the convenience of an artificial tree for their home during the holidays. So tree growers across the US are contributing a cut of their sales to fund the Christmas Tree Promotion Board, which uses Instagram and Facebook as primary hubs for their “It’s Christmas. Keep It Real!” campaign. Videos depicting families on the hunt for the perfect tree are central to the campaign, along with year-long posts about other fun moments in life that demand a little more authenticity.

Takeaway: Showing the benefits of your association’s service or mission in a fun, targeted way can encourage a new generation of people to change their mindset.

The National Pork Board demonstrated the power of aligning a brand with a respected personality. To encourage Hispanic families to serve more pork at family get-togethers, they tapped a well-known Latino social media influencer and invented the #sabrososmomentos hashtag. The hashtag took on a life of its own, which proves that anybody that genuinely cares about your association’s message can be a valuable brand influencer.

Takeaway: Diversify your reach by partnering with a community leader who can introduce your message in a more authentic way. This increases your chances of successfully penetrating new groups.

Plantronics leveraged its influencer strategy when it released its BackBeat FIT headphones. To identify which influencers to work with, the company first determined who its product was designed for. Once it established its ideal target audience, it found influencers who had large followings of like-minded people. Plantronics released its BackBeat FIT headphones in five different colors and assigned a color to each influencer. The company had the influencers coordinate the activations for the release of the headphones across social media on the same day. It also coordinated giveaways and gave each influencer a unique code so it could track how the influencer was driving traffic back to Plantronics’ website. The company’s campaign generated more than three million impressions and 16,000 engagements across social media. The influencer videos had more than 435,000 views and close to 35,000 link clicks to Plantronics’ website and Amazon.

Aside from leveraging external influencers to raise brand awareness, Plantronics developed a program that enabled its sales and engineering teams to become influencers. The company provided training and tools to help its team members establish their personal brands and build their professional relationships. It utilized LinkedIn Elevate, an employee advocacy platform, to get its team members to talk about Plantronics and topics on which the company wanted to lead. Since establishing its internal influencer program roughly a year ago, Plantronics has used data and analytics to guide its content strategy and understand what topics consumers want to hear about. Plantronics’ visibility in the industry has increased, and meaningful relationships with key industry contacts and influencers have quadrupled.

Takeaway: We can’t think of a better way to mobilize your community. This approach was a textbook, from assessing the target audience to properly selecting influencers, and then having the social media communications coordinated in a strategic way. We also love the idea that influence starts from the inside out, and that your number one ambassadors should be on your internal team.

Home is where the engagement is

In its “Welcome Home” video series, SunTrust Mortgage helps first-time homebuyers turn their new house into a home by partnering with an interior design influencer to get their space ready for the perfect housewarming party. Working with association marketing agency partner 22squared, the company matched military family Whitney and Charles with influencer Kristin Jackson of The Hunted Interior to make the home of their dreams a reality. 22squared scripted and produced the video, which lived on the brand’s YouTube channel and campaign landing page. The content was repurposed and distributed via social media channels, including Facebook, Instagram, Twitter, and Pinterest, as well as Jackson’s Hunted Interior blog, to drive traffic to the site.

Takeaway: Giving deserving members a prize like this makes for a great story, but the correct influencer alignment, strong media mix, and continuous tracking of key metrics ensured that the campaign stayed on track.

These 6 associations took the plunge into influencer association marketing and came out stronger than ever. By creating real relationships with their most valued community members, these associations were able to generate incredible visibility.

We love to power association marketing campaigns that get your event noticed AND are fully scalable and trackable. Ready to harness the power of your event’s stakeholders to grow your bottom line? Let’s get the ball rolling!